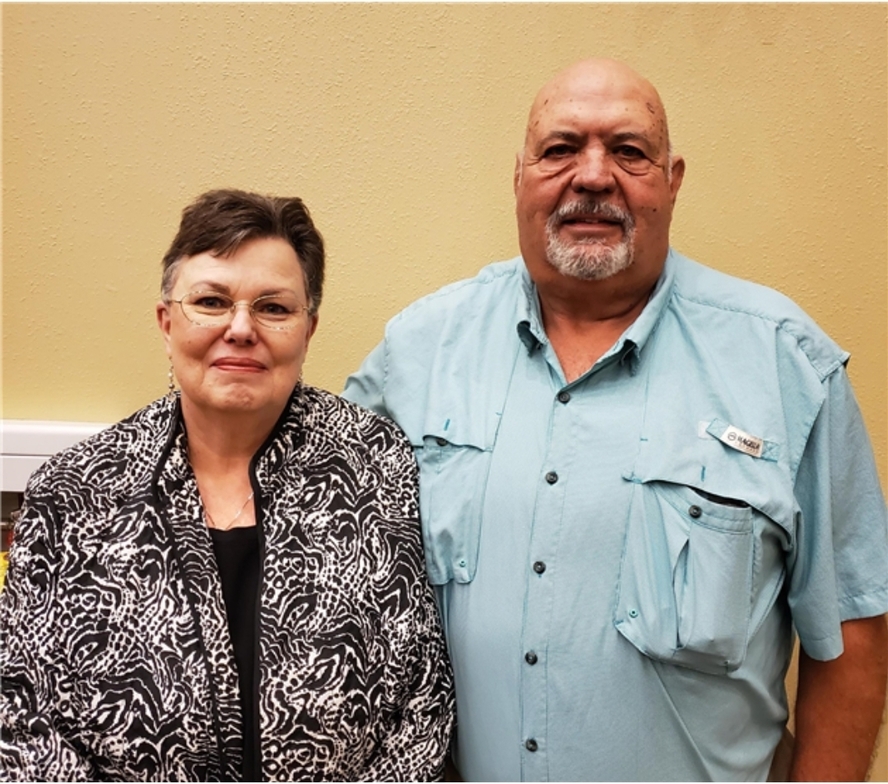 Kevin was born and raised at Antioch Baptist Church. It was there that he accepted the LORD as his Savior, as well as accepting his call to preach in the mid 80's. While Kevin was a member at Antioch, he met his wife Pat, and in 1976 they were married.

Pat was a member at Meadowdale Baptist Church, and it was there that she accepted Jesus as her Savior. For several years after they were married, they attended both Antioch and Meadowdale.

Eventually the couple joined at Pleasant Valley Baptist Church in Red Bud. It was at Pleasant Valley that Kevin was ordained as a deacon on May 1, 1998. While members there, Kevin supervised the building of the church's new facility.

In 2005, Kevin made a trip to Malawi, Africa that would be life changing. He went to help rebuild a high school that was destroyed during a civil war. Little did he know at the time, but he would return to Africa 11 more times.

Shortly after his visit to Malawi, Kevin and Pat moved their membership to Meadowdale. They were members there for around 15 years, and in that 15 years, Kevin made his remaining 11 trips to Africa. Unlike his first visit, these trips were in a missionary capacity. The destination of these mission trips were to locations such as Liberia, Tanzania, and Malawi. The missionaries would go from village to village sharing the Gospel of Jesus Christ. They would joyfully share this good news with the locals inside churches, as well as in their communities.

Pat made 4 visits to Africa herself. She also served in the WMU at Meadowdale. In the words of Kevin, "Pat's biggest ministry was supporting him in all of his ministries."

Since Kevin and Pat joined Heritage Baptist Church, we have been blessed by all this couple has to offer in the way of serving the LORD. Kevin is also one of our newly appointed deacons. Heritage Baptist Church is thankful for all that these two have done, and we look forward to the continued service of all our members.

...How beautiful are the feet of those who preach the gospel of peace, Who bring glad tidings of good things!  -Romans 10:15

Subscribe to receive email updates with the latest news.